Can a Bad Person Benefit From Good Feng Shui? 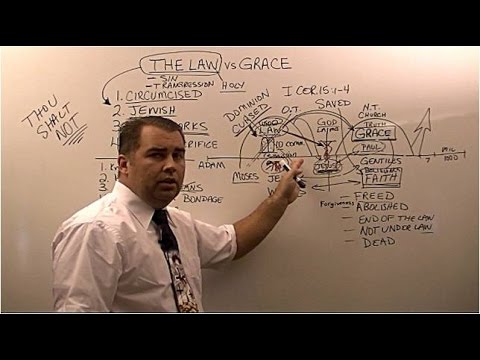 Because people often associate feng shui with spirituality, the question sometimes comes up as to whether or not a person with bad intentions can benefit from good feng shui. For instance, could a criminal living in a house that supports financial luck successfully continue to make more money through their illicit means?

In 1996 I went to a home that was at the very end of a long cul-de-sac. When I knocked on the door, initially no one answered. Then I heard some muffled yelling. I knocked again and I heard a woman screaming obscenities. I was a little concerned at this point but thought perhaps that she was expecting someone else and to not take the aggression personally. What I walked in on was unfortunately one of my more memorable clients, not in a good way. When I had spoken with her the night before, she told me she was an actress and then giggled right after she said that. I had understood this to mean that she might be a struggling actress, the plight of so many people in Los Angeles.

She told me to come in and I sat down as she finished up berating a young man who left a few minutes later. She then turned to me to explain that she was “training” this man and she was angry because he had mishandled one of her drug runs. At this point I did seriously question why I was there and made a mental note of where the exits were. Who would have guessed that a drug-dealing prostitute would want the services of a feng shui consultant? No one I knew had referred her to me. Ironically, she had picked up my business card at the legendary metaphysical bookstore, the Bodhi Tree in West Hollywood.

Since the whole scene had quickly become quite surreal I decided to just hang in there for documentary research and see if the negativity of the house matched the negativity of the client. I asked her why she even wanted a feng shui reading. She responded that she had heard feng shui principles help people make more money. Without embarrassment, she said that she wanted it to help increase her drug dealing and prostitution businesses. When I told her that the essence of feng shui is about balance and harmony and that what she does is not at all related, she then tried to gain my sympathy by stating that she was learning how to meditate and sort of trying to change her ways. I then agreed to proceed with the consultation, pretending AS IF she were a normal person.

First I noted that she had painted all the front windows over with red and blue paint (no curtains or blinds.) I told her that NORMAL people would not want to do that because it made the house too dark and it can make people depressed to be in a chronically dark house. She responded with, “but we do bondage here and I don’t want the neighbors to see that!” I said, “How about curtains or drapes, so that you can control the lighting and open them up at least sometimes?” I might as well have told her to set fire to her hair because she couldn’t understand the sense of what I was recommending.

I then pointed out that the corner of her fireplace (within two feet of the front door) made it difficult to enter and that the angle of the corner pointed like an arrow at whoever entered. I said this can make people feel uncomfortable. I was about to suggest ways to remedy it, but her eyes lightened up and she seemed to enjoy the fact that a design flaw in her home would make people feel uncomfortable. As our meeting was rapidly growing in absurdity, I mentioned that she has the kind of house which technically should have lower land level in the back, but I could see from a window that the back of the property had a steep incline. I explained that this is something which can undermine the prosperity she was so concerned about. To reduce my liability, I explained that this appeared to be a feature which could not be corrected. I forewarned her that this might be one of several reasons to move. She then jumped up and said, “No problem! I can move that mountain!” She told me that one of her customers was a contractor and that she could do a trade with him. She said he could bring in his tractor and level out the land and that she would just have to have sex with him for free for a year!

READ  Where Even the Thieves Buy Padlocks to Protect What They Stole!

I could go on with the details of this dark, cartoonish experience. But it did make me wonder if unconscious people can even benefit from feng shui. I think the answer is yes, although I do not think it could go on forever. The laws of karma would eventually cause something to happen, even if it were a fated move to a place that did not have good feng shui. In the same way that an aspirin does not make a moral judgment about whether or not it should alleviate the headache of someone who might be unworthy, feng shui remedies can and do benefit some unlikely characters. At least this woman was honest about what she was up to. There have been times when I asked a female client what her husband does for a living and the purposefully vague answer back was “he is an entrepreneur” or even “I don’t know for sure.” “Something with computers” is often a good response when people do not want to be totally forthright. I would never knowingly help someone who was engaged in criminal activity or deceit, but sometimes feng shui consultants do not realize that criminal activity is taking place until later, if at all.

One time, early on in my consulting experience, I was giving a woman advice about a bedroom her husband slept in and which she did not sleep in. Routinely, I not only tell people what they SHOULD do with a space, but also what they should NOT do because otherwise people unknowingly unbalance their environments. I noticed that this woman was only writing down the things she should NOT do with the bedroom (which could harm his health) and she winked at me when I pointed this out. I was silently horrified, but did not openly confront her the way I would now. I had already given her the ammunition she wanted to harm her husband. The bedroom indicated a strong potential for heart problems and I think she wanted to kill him off with bad feng shui. I could only hope that a higher power stepped in to protect that man.