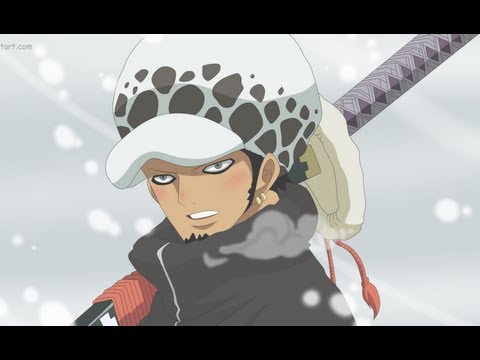 Why do people commit crimes? Answer, because they want to. Criminal behavior is the expression of deviance within all of us. Basically, criminals are us, and we are them. Some do minor things, like run a stop sign, cheat on their taxes, or take property from their employer. Others do serious acts of criminal behavior that cause death, trauma and destruction. The criminal underworld is composed of all kinds of people. Like you and me, they come from all walks of life. And, they are not much different than the rest of so called “law abiding” citizens. Criminals are males, females, young, old, single, married, etc. Of special interest to law enforcement is the area referred to as sex crimes. In this regard, again the criminological question arises about the nature of sex crimes and the reason for their commission. Often, the various media, politicians and some in law enforcement assert a causal connection between such crimes and adult oriented entertainment. In reality, there is no scientific data to support such a connection. But, what is the “want to” within the rubric the human psyche? Or, instead of the “want to”, the so called “desire, urging, yearning,” and so forth often heard from so many criminals. That’s an age old question that may defy conventional explanation.

Many studies have tried over the years to draw a direct correlation. Basically, there is none. Keep in mind, people act in criminal ways because that is their preference. We need to alert to spurious notions about such behavior. Criminals serving long terms in prison, or facing execution, have sometimes indicated a connection exists. But, you have to wonder about their motivation. After all, criminals will tell you whatever you want to know. Making stuff up and lying about their intentions is generic to the criminal. Their opinions on matters of criminal behavior should be taken a suspicious. In short, behavior is not a notion of some simply mirroring behavior they viewed in a magazine, video or on television. Criminal behavior is more than “monkey see – monkey do”. Just like other crimes, sex crimes are acts of opportunity, personal motive, individual gain versus risk and ability. These criminal acts stem from premeditation and the individual pursuit of power and control over other people. Crimes involving a sexual dimension represent innate motives of personal expression. In fact, in some countries, the dramatic increase in adult materials has shown a corresponding decrease in sex crimes.

Some researchers have pointed out that criminals would probably lose interest in doing something that was made legal by society. Rape, for example, is not motivated by sex. Instead, sex is a weapon, but the motive relates to power, anger, aggression and violence. Crimes boil down to issues of gain, opportunity and ability. As such, criminal acts of a sexual nature concern potency, power and perception on the part of the perpetrator. Criminals are people who refuse to obey the law and act in a responsible manner. In order to obtain the personal gain, the criminal pursues the exhibition of his or her fantasy world. This might include playing con games with potential victims. He or she may capitalize upon exceptional interpersonal communication skills. Criminals may assert a fa?Ã¯Â¿Â½ade of decency in order to snare their objective. Using various skills, they may find intimidation often works.

Like a bully, the criminal seeks out those who appear vulnerable. They learn early how to manipulate others. Domination and taking something raises the excitement level to heightened degrees. Sex crimes become an expression of anti-social behavior. According to some researchers, criminals who commit sex crimes show a significant resistance to changing their “deviant behavior patterns”. In spite of various treatment approaches, success rates with such criminals remains extremely low. And, on top of that, there is little definitive evidence that shows treatment reduces repeat behavior. But, before they are caught, why do they commit such acts? A host of reasons have been suggested. Is it genetic, hormonal, or social? What is the gain they received from the commission of heinous acts of brutality?

Criminal behavior demonstrates the offender’s ability to carry out his or her need to fulfill a fantasy. The inner workings of an individual’s psyche can defy the imagination. Freedom of choice is at the core of criminal behavior. The criminal’s motives become an extension of their personality. At a crime scene, this is the signature by which the criminal defines his or her actions. Behaviors are motivated by internal desires that stem from the fantasy life of the individual. The passion or power behind the motivation to commit an act of deviance or criminal behavior relates to basic desires of control, dominance, anger, revenge and displays of perceived inadequacy. As such, our crime control strategies and tactics must consider what really motivates the criminal. The who, what, where, why and how, provides the basis for the continuum by which solve the puzzle of criminal behavior.

READ  Where Do I Report Email Fraud to the Government?

Manipulation, domination, power and control become expressions of the complex internal thinking by which perpetrators act out sexual proclivities. Everyone has sexual motivations. Not everyone carries them into the reality of injuring another person. These inclinations are most likely associated with behavioral learning processes, social interaction, personality and psycho-physical dynamics. The personality is the strongest factor. This is important from a criminological perspective. Yet, in spite of the overall interaction of the person’s makeup, the decision-making processes are important. People do things out of their own desire to do them. Desire, opportunity and ability become influential aspects in deciding on a course of action. That course of action may hurt or kill another person. Human sexual behavior is connected to the psychological state of the individual.

For some, crime has a sensual nature. Criminal behavior expresses a seductive attraction for committing crimes. For those who choose to commit crimes, the apparent rewards for such actions are more pleasurable than the apparent risks. The process involves weighing the gain minus the pain. This plausible benefit over the risks delivers a positive reinforcement for the perpetrator. Criminality becomes a hedonistic approach to life’s experiences. Human efforts are aimed at maximizing the rewards and minimizing the potential penalties. To the criminal, crime is a way by which sexuality becomes expressive. Fantasies inside are released to the external reality. The motivation is stimulated by the satisfaction of criminal behavior.

In many acts of violence, criminals seek out victims to express issues of power and control. These elements relate to domination, enslavement and supremacy. In addition, there is a cause/effect connection in acting core fantasies within the individual’s ideation. Sexuality, while not necessarily the weapon, becomes the “vehicle” by which violence and death are inflicted. Offenders may demonstrate similarities among different acts of criminal behavior. At the same, there may also be differences in the behaviors expressed by the criminal behavior. “Signatures” unique to the individual criminal may be left behind at the crime scene. The challenge is understanding what the message means. Such efforts fall on the investigative resources available to foster crime solution.

Sex crimes are perpetrated by people intent on carrying out their personal fantasies. Sexually offensive behaviors that violate established legal constraints emanate from the fantasy life of the perpetrator. Fantasies are the basis, or templates, by which the criminal will implement his or her plans. Criminals mentally sketch out, or otherwise rehearse how they intend to commit certain acts. In this planning process, the criminal will consider his or her motives, means and opportunities, given their individual skill levels. Within their mental calculations, they contemplate what it will be like to actually do the crime. This mental “role play” seldom satisfies the real fantasy going on in their thinking processes.

READ  In Legal Hot Water? Find The Right Lawyer With The Help Of These Top Tips

So, planning is essential to their motives and intentions to inflict their desires upon others. If caught, the criminal can be expected to assert all manner of defenses, rationalization or excuses. He or she will try to be very persuasive in minimizing the criminal behavior. Victims and the crimes are sometimes referred to as “things” or “objects” in order to devalue the significant of what the criminal did. And, further investigation will often reveal there were other victims prior to the perpetrator being caught. Power and control, using sex as a weapon, are key elements in the ideation of the criminal. Overall, the criminal does not empathize with the condition, position or importance of the victim. In the mind of the criminal, only he or she is important. Dominating and blaming the victim is essential to the acting out of the fantasy. Criminals will defend themselves by saying the victim “wanted it”. Every effort will be made to deflect, deceive and avoid the truth.

Criminal behavior, in particular sex crimes, is directed toward the ends justifying the means. To the criminal, he or she strives to get what they want by whatever means possible. Excuses will be plentiful. Especially when they get caught. They will begin building the basis of a justifiable defense. In time, they will be so convincing that they will become the victim. The true victim will be forgotten, in the public’s rush to be sympathetically gullible. Yet, desire, opportunity, ability and vulnerable victims remain central to the ingredients of criminal behavior. The challenge for society and the criminal justice system will be understanding the games criminals play. Human sexuality is at the core of criminal behavior inclinations. In order to ensure a high level of public safety, criminals must be held accountable and punished to fullest extent of the law. There can be no exceptions, regardless of socio-economic or political status.