We Think, Therefore We Commit Crimes 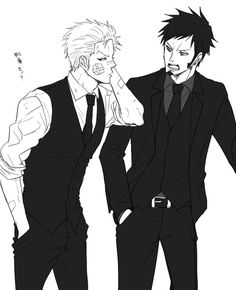 People think, therefore they commit actions of choice. Criminals think, therefore they commit crimes. This is not a very complicated notion, or is it a new concept. What becomes complicated are the processes and actions that follow, coupled with academic attempts to explain the subsequent acts. In very broad general terms, criminal behavior can be formatted and analyzed from the assessment of crime scene, but not to a point of perfection. Assessment, profiling or whatever you want to call it, is no more and no less just another tool for law enforcement. Just like lifting fingerprints, interviewing witnesses, or gathering other physical evidence, criminal behavior assessment is basically guesswork. Human behavior is not subject to strict codification or precise parameters by which exact measures can be deduced. Probabilities can be asserted along a continuum, whereby we can understand the thinking processes of criminals to the junction of potential prediction, but not absolute prediction. This is predicated, of course, on the assumption that certain elements exist within the known environment by which such predictions can be based. It is frequently suggested that criminals form pre-crime thoughts in an effort to individually and collectively carry out their criminal behavior intentions. Interdicting at this point in time would be unique and advantageous from a law enforcement perspective.

Motivations or personal agendas so to speak, set the stage for intentional selection for results that are either good or evil. Evil is the darkness of the human mind that fosters all manner of opposition to the positive and productive aspects of life. It is life negation in contrast to life affirmation. Conscious or subconscious thoughts take relevance and manifest themselves into real levels of expression with a significant probability of repetition. Thinking processes are the foundation of potential criminal behavior. People can be inspired by their thoughts for doing both good and evil. The pursuit of certain thoughts is grounds for criminal activity. People are a dichotomous expression of being on the one hand selfish, self-indulgent and self-centered in nature, yet also law-abiding, decent and considerate on the other. From an investigative standpoint, one can never underestimate the depravity of human beings. Human nature is not to be trusted to an absolute sense in all situations, under all varieties of conditions. Yet, everyone is still ultimately accountable and responsible for his or her actions, regardless of station or position in a given socio-economic context. Of course, some would use their status to place themselves above the lawful necessity of accountability and responsibility. And, as a result of one thinking that he or she can make choices contrary to accepted legal policy or social acceptance, criminal behavior becomes probable.

Criminal actions are probable due to personal decision-making. Such actions devolve toward personal choices associated with power and control issues. Criminals basically commit crimes because that is what they want to do. A person’s code of morality is influenced by philosophical fallacies of belief. This affects the thinking process. People basically do stupid things. The depravity of behavior is most likely unfathomable to most people. Criminals think before they act. The thoughts are there long before the event takes place. Thinking becomes the basis to rationalize the behavior and ultimately blame the behavior on someone or something else. So, crime analysis is probably more descriptive of the actions.

The formulation of criminal plans (thinking processes) begins with the thought of doing the acts upon which one desires. Plans to do harm are not sudden and impulsive. They occur over a distinct period of time in the brain, or “mind”, of the thinker. And, there is a high probability that since we are biologically oriented individual, our sexual drives and desires may influence our decision-making (choice we make) in terms of the crimes we commit and additions we create.

The thought processes emerge in some behavioral aspect, such as physically, verbally, and nonverbally, as well as symbolic behavior. Outward behavior is indicative of the inner thoughts of the person. Interpersonal communication is one of the keys to dealing with aspects of criminal behavior. People in general use various forms of communication to suggest their feelings, value system, lifestyle, attitude and thoughts. From tattoos to bumper stickers, to physical gestures and slogans, people, and in particular criminals, reveal indications of one sort or another as to their inclinations. Physical being is an expression of presence and that presence translates into wants and presumed needs. Whether by word, symbol or deed, the inner thoughts surface and become the outer actions of mind over matter so to speak. And, sometimes these outer actions become anti-social in nature. There is a deliberate desire to do the thing contemplated, whether the thoughts are short-term or long-term in transformation. Thinking is doing, acting, believing and experiencing. Various acts of criminal behavior range from the simple to the complex, depending on the linkage between thought and action, as well as the sophistication of the criminal. For instance, the amount of physical expression required for a particular act of deviance is related to the ability, skill and desire of the criminal. Opportunity is a given factor. From thought to action, the criminal is always looking for opportunistic forms of expression. Desire, opportunity and ability mix together in order that the desired action is executed. The “evil”, as a concept of human behavior, concerns the malevolent things that people do to others. It reflects the inner composition of the human being. The connectivity evolves around the compendium of crime analysis and criminal behavior assessment.

See also  Need A Lawyer? Read On For Useful Advice

It is associated with the ideation of preemptive actions toward the outer world, while one struggles with the inner world. Whether making bombs and blowing up buildings, robbing banks and raping people, the thinking facilitates the transformation into the criminal behavior. Evil opposes life and seeks to kill or otherwise destroy life. Acting out the actions is indicative of the internal “warfare” within the imperfect structure of human nature. As such, “evil” is human nature, and reflects the various personifications and proclivities down through history. No matter what the reason or suggested excuse, aberrant behavior begins with the individuals and then extends outward into the community of people. Whether minor or major, everyone commits some act of deviance against another. Such acts may be symbolic, verbally expressive or physical in actuality. The behavior may be overt or covert depending on the individual tendencies and preferences. Evil is characteristic of the state of human beings and the nature of their ongoing quest to fulfill selfish endeavors. This means others must suffer the consequences of what criminals do. Criminal activities extend from the human passion for adverse self-indulgent needs.

The transmutation of the thought processes are continually structured around personal intentions, some evil and some good. Compulsion to action generally reflects aspects of the personality, which typically favor the inclination to leave a “signature” upon one’s behavior. As such, the various patterns of behavior are built upon a foundation of prior thought and consideration. Regardless of the socio-economic circumstances, criminals postulate their criminal intentions through their own framework of ideation. Committing acts of evil are from within the person and subsequently carried out in acts of violence, theft, cheating, and a host of deceptive behaviors.

Analysis and assessment are essential in developing crime prevention and interdiction efforts to prevent or identifying criminal actions. All human beings are potentially evil (i.e. prone to criminal behavior) and have the capacity for the commission of hideous acts of aberrant behavior. The only difference between the so called “law abiding citizen” and the criminal, is the “law abiding citizen” controls their criminal inclination. When we so often speak of “what a nice person he was”, or “she wouldn’t hurt anyone”, how do we really know? What scale of perception do we use to assess the inner workings of person’s mind, which we can see or measure by normal means. How do we really know who a person is by looking from the outside?

Since there are at least two versions of every person’s personality and behavior extensions, one private and one public, what do we really know about the people? For that matter, it is even more complex to suggest we know something about people we don’t know. Analysis, study and assessment are essential in laying the foundation for more definitive answers. Crime prevention through proactive intervention strategies is the main objective of this focus. By attempting to identify the basic ingredients in criminal activity and behavior, the mission is to interdict where possible, as well as identify and apprehend the criminal to every extent feasible. Law enforcement personnel want to stop the criminal before he or she commits the crime. If that fails, then the law enforcement practitioners want to solve the case in the most expedient manner possible.

Listening to convicted criminals serving time in facilities may not be the most efficient way to go about developing proactive strategies for crime prevention purposes. In most cases, criminals will tell you whatever you want to hear in order to satisfy their self-serving needs. For this reason, criminal behavior studies may be significantly flawed due to the deception and manipulation that most criminals act out on a regular basis. And, given the gullible and often na?Ã¯Â¿Â½ve nature of many researchers, the problem of data reliability is even more seriously affected. One must ponder the overall validity of information obtained from people who spend their lives deceiving others, making up their own rules and scapegoating at every opportunity. Self-serving, clever and deceptive, criminals will seek to justify every aspect of their behavior. Their actions will be rationalized to the extent necessary to shift focus from them to someone else. Criminals are very good at transferring blame from themselves to something or someone else. They typically will assert that they are the victims and the real victim is actually the cause of the criminal’s suffering. Their thinking processes should be of more interest than their environment, personal history or socio-economic surroundings.